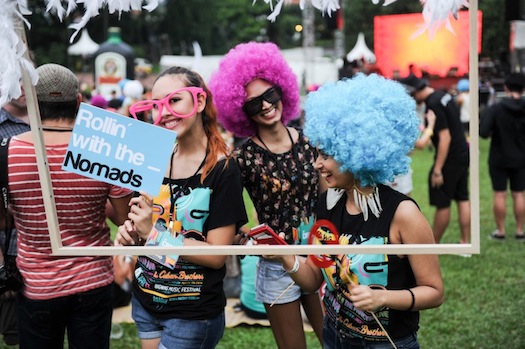 What do big, colourful wigs and hip hop have in common? Apparently enough to organize a music festival around the idea. This happened in Singapore past April when the first Big Wig Festival came about.

Headliners included for example Lady Leshurr, 4DUB and Pharoahe Monch. The main character behind the festival is Andre Chalson, director of the Propaganda event company, who below tells more about this peculiar event.

What on earth do big wigs and hip hop have in common?
”Not much in my opinion, but the wigs were able to bring a funny element to the festival. It was really something to see hundreds of people wearing colourful wigs and grooving to the music in unison.”

How did the Big Wig Festival get started?
”The idea behind the Big Wig Festival came to me about 5 years ago. I’ve always wanted to put together a music festival. One that would be different from all the other festivals going on at the time – something representing “big names” and also “big fun.” When the opportunity presented itself through a friend in Australia, I grabbed the idea and the rest, as they say, is history.”

What was the main idea behind the event?
”The main idea was to give people opportunity to really let their hair down. To let loose and just to have a really good time.” 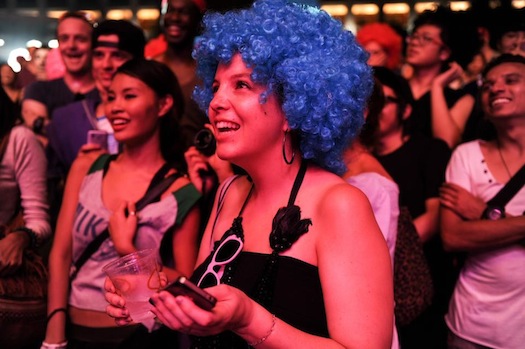 How did you select the artists for the festival?
”Some of them were artists we’ve worked with in the past and some of them we had personal connections with. But to be completely honest, they all were artists my partner Eddie and I both wanted to see live.”

How many people attended the festival and who were they?
”We had somewhere between 1 800 and 2 200 people at the festival. Majority of whom were Singaporean residents. We did however have a fair few people come over from Cambodia, Thailand and Malaysia.”

What were the highlights of the first Big Wig Festival?
”Definitely 4DUB (Akil the MC and Hydro Phonics) jumping out into the crowd during their performance.” 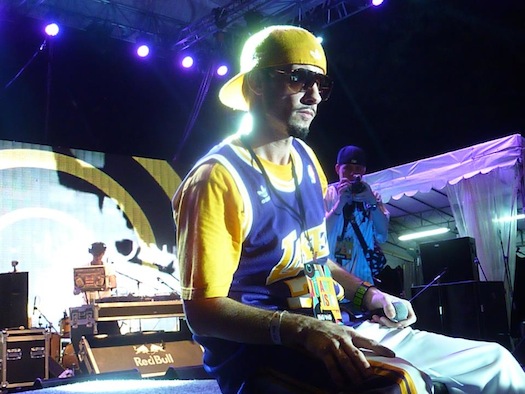 Was there something that surprised you organizers?
”The bad weather was definitely not expected. It delayed our soundchecks by a couple of hours. Also, we were expecting a large number of people to show up at the start of the event but most people waited for the rain to subside before making their way down.”

Are you going to organize the festival also next year? If so, are there going to be some changes compared to this first one?
”It was a steep learning curve for us, given the scale of the event and the fact that it was our first outdoor music festival ever. That being said, we will be a lot better prepared for the next one and you can definitely expect a Big Wig Festival in 2014. Think bigger headliners, more diversity and more fringe activities.”

How big is the hiphop scene in Singapore these days?
”Unfortunately, not as big as we’d want it to be. The scene is definitely growing and improving though, slowly but surely.”

This entry was posted in Blog and tagged big wig festival, singapore. Bookmark the permalink.