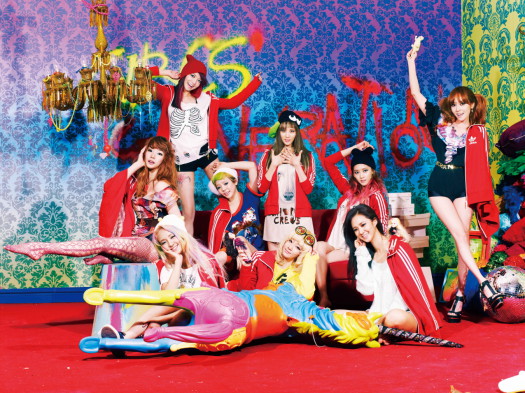 EARS seminar focusing on creative industry collaboration between Europe and Asia is being held in Helsinki Music Center this Friday. The year 2012 saw especially the rise of Korean pop music, K-pop, also in the western markets. The fourth EARS event is dealing with the fast-growing Asian music markets.

Procuder Jani Joenniemi tells about the event and its background.

How did EARS begin and why?

”The idea of EARS began with the Shanghai World Expo 2010. Both of us producers Ossi Luoto and I worked in different roles in the Expo. I was in charge of the Finnish culture program, and as a part of the culture program we did a series of Finnish creative industry events called Snowball that brought Finns working in different fields of creative industries to mix with their colleagues in China.”

”There was a couple of Snowball events for music, one for architecture, one for design and one for performing arts. We found these events interesting even if you didn’t have a background in the field the event was about. Marketing creative industries to China or other countries is about crossing language barriers and cultural differences, sometimes also political barriers. The topics are interesting for many other people as well as the ones who work in creative industries.”

”The other thing we noticed is that international top professionals visit Finland in different creative industry events but they tend to network only within their own field and don’t get introduced to a wider audience or people from other fields of culture. On individual level people are rarely just stuck with one field of arts. So with EARS we wish to open things up a bit and introduce the topics and individuals to a wider audience.”

”Third point of EARS is to keep the event mobile, to create genuine interaction between different places and markets. We’ve done one EARS also in Shanghai and more are on the way.”

”Through our website we’re focusing on introducing individuals who cross cultural barriers everyday in their work. We have a backlog of a lot of interviews collected during the first EARS events. Some are already published and more are on the way. So it’s worth to stay tuned to the website.”

How did you end up working in EARS?

”I’m the co-producer of the series together with Ossi Luoto. My background is mainly working with China and I’ve produced a lot of cultural events there including art exhbitions and a tour series called Sounds Like Suomi for Finnish musicians back in the day. I’ve also been working with Asian markets at Music Export Finland.”

”We’re organizing the EARS events with the expertise of different export organizations: Favex, Tanssin Tiedotuskeskus, Finnanimation and this one with Music Finland. And with the support of the Ministry of Education.”

Who is the EARS project meant for?

”For professionals working in the industries and also wider public. For anyone who is interested in Asian–European collaboration, culture business, popular culture, cultural anthropology, all that.”

This time the theme is music markets in Asia. Isn’t that quite large theme?

”Sure. With EARS on Music the idea is to have a sort of ABC through different professionals on three big Asian music markets. The idea is to introduce the perspectives of different individuals who work between international and Asian markets and have an understanding of both worlds. This EARS on Music will introduce perspectives on promoting western music in China and Japan, which have very different types of market. The biggest focus will be on K-pop, which is dominating the Asian music markets and now also becoming more and more popular in the west. Some of the major K-pop companies such as JYP Entertainment and Woollim Entertainment will be present.”

Korea, Japan and China are the biggest music markets in Asia. What interesting is to be found elsewhere in the continent?

”Those are all very different types of markets. Japan is at least the second biggest single music market if not the biggest with a lot of variety, and Korea is a big exporter. China is huge but not in terms of music industry yet. There are a lot of regulatory problems facing music, piracy, legal problems etc. that make it difficult for companies to operate. Also the audience for concerts and such is still developing even though festivals and clubs are increasing fast.”

”Southeast Asia is not a topic in EARS on Music but it’s also very interesting area. Indonesia has a big music scene for most genres of music, Malaysia, Philippines, Singapore etc. There are many countries with great music scenes. Out of the upcoming Asian markets China gets the most attention ’cause it’s huge. Southeast Asia is in many ways similar to China but in my view actually maybe even a bit more open for international music and with less regulatory problems. But it doesn’t’ get as much attention as it’s split to so many countries and maybe in the west mostly known for beach holidays, diving, surfing and stuff like that.”

There are also some Finnish songwriters talking in the seminar. What kind of co-operation they have had in Asian markets?

”Finnish songwriters have been building success internationally, also in Asia, in recent years. There’s a growing list of number 1 hits in Asia written by Finnish writers. So in the event we’ll hear more from Finnish songwriters about writing songs for Asian pop artists. Some of the Asian guests are now in Finland also to participate in a songwriting camp called Song Castle organized by Music Finland in Rovaniemi. The Song Castles have been a major factor in introducting Finnish songwriting talent to Asian markets.”