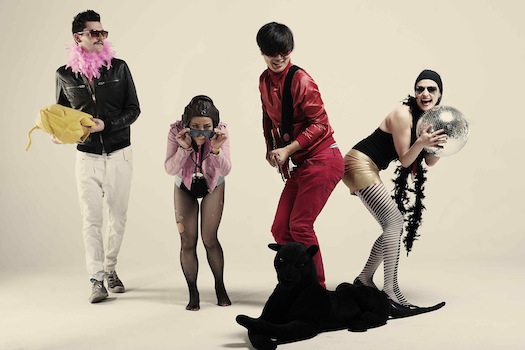 Pet Conspiracy was founded in 2007 and nowadays it consists of electronic producer Huzi, designer and vocalist Yunyun and Italian indie musicians Edo and Mary.

Huzi has been a part of the Beijing’s underground scene since the early 1990s when he played in the alternative folk band X-Doctor. Pet Conspiracy released their debut album Chongwu Tongmou in June 2011.

The Italian part of the band, Edo and Mary, took the time to answer Club Niubi’s questions via email while on the road.

What is Pet Conspiracy all about?

”Pet Conspiracy is probably more a project than a band. For us music is always interrelated to visuals and our songs are conceived as they were movies. This makes our show probably closer to a performance than a gig. But what is more important in the end is to have a great party with our audience.” 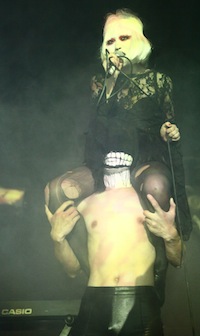 A Chinese band with a couple of Italians. How did that happen?

”Edo moved to China in 2008. After a few months he happened to be working as a graphic designer for the same art exhibition Huzi was djing for. They drunk a lot together, became friends instantly and ended up playing together with Yunyun. After six months they brought in Edo’s childhood friend Mary, also living in Beijing and a huge Pet Conspiracy fan since their very beginning.”

Were you a fan of Chinese music before being recruited in the band?

”Not really. Actually we didn’t know that much about music in China before coming here, except maybe for some Maoist songs! We discovered this powerful underground scene/community once arrived in Beijing and felt like home.”

In 2010 you were nominated as the best electro band in China. What defines the electro music scene in China?

”When we came here we were surprised to see how rich and promising the indie scene is in China, especially in Beijing. China is at the center of international attention every day but little is known of its music and underground movements, which are a really interesting part of Chinese developing identity. Electro is also involved in this process.”

Apparently your live shows are something quite extraordinary. What do your gigs give to the audience?

”As we said before, it’s all about the combination of music and performance but the interaction between us and the people is probably the most exciting part both for us and the audience.”

What are the biggest influences in Pet Conspiracy’s music?

”All of us have different tastes in terms of music. Huzi and Yunyun are more into electro, Edo has an indie background and Mary an electro-goth one. We just put all these together, add some Chinese flavor, some Italian curse, and then we jump on stage.”

There are lots of animal masks in your music video for Beyond. Which one of them is your favorite?

”Masks are a constant component of our gigs and videos. We tried to get rid of them a couple of times but we are addicted to them, especially to rabbits and black disco aliens!”

This entry was posted in Blog, Interviews and tagged China, Pet Conspiracy. Bookmark the permalink.