Diaspora Online Magazine: ”Possessed by The Trees and the Wild” 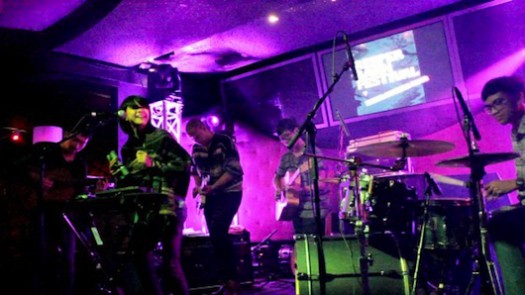 Photo: The Trees and the Wild

Didi Kurniawan of Indonesian online magazine Diaspora got introduced to The Trees and the Wild by his friend. When he finally took a chance and listened to their cd, he got almost obsessed with it. Here’s what he wrote:

”Starting from how the first track keeps you in a state of anticipated silence waiting for the music to start, and then all of a sudden the drums of ’Verdure’ hits you, followed by the melancholic lyrics of ’Honeymoon On Ice’, ’Irish Girl’’s catchy beats that elicits you to move and sway, Remedy’s hushing vocals in ’Malino’, the traditional vibes of ’Our Roots’, the beautiful melodies of ’Berlin’, guitar twangs of ’The Noble Savage’, and the suddenly poppy sounds of ’Fight the Future’. I totally hit eargasm when the grandeur sounds of ’Derau dan Kesalahan’ was playing, reminding me of Arcade Fire’s ’Wake Up’, and their magical last song ’Kata’ with its soothing guitar melodies, and the sounds of gamelan ending the album perfectly.”

”To say their record was good is definitely an understatement. TTATW’s music possessed me, and became the soundtrack of my 2009. Since then, I have tried to catch them live every time I was in Jakarta, but only managed to watch their free shows because the ticketed ones always seems to be sold out due to small venues and shiploads of fans.”

Read the whole review and an interview here.

This entry was posted in Blog, Reviews and tagged Indonesia, The Trees and the Wild. Bookmark the permalink.